In 2015 there were 20 cards produced in the KBO Super Star Baseball Card Season 1 release that featured rookies that were drafted in the 2014 and 2015 KBO drafts. These 20 cards were some of my favorite cards from the Season 1 release and the only time that Super Star Baseball included any cards in a set that were marked "rookie." I like the design as well as seeing several of the players shown in their high school uniforms. I would hope to see future KBO cards including "rookie" cards.

The players featured on these cards have had varying levels of experience in the KBO and futures league since being drafted. Most of the players have made at least 1 appearance in the KBO in at least 1 year since being drafted, but there are a few that have made no appearances in either league due to injuries or military service. There are also a high number of the players from these cards that are currently completing their military service with the Police or Sangmu (Army) teams in the futures league.

A few of the most recognizable players on these cards are Kim Ha-seong and Choi Won-tae (Nexen), Park Ji-kyu (LG), Kim Beom-su and Kim Min-woo (Hanhwa), and Ju Kwon and Hong Sung-mu (kt).

Also, sorry about the scan quality of the cards. I didn't have them centered well on the scanner. 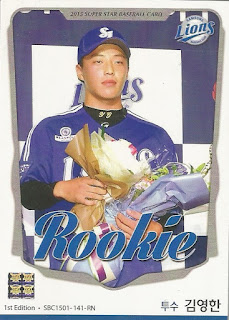 Kim Yeong-han (SBC1501-141-RN) was drafted by Samsung in 2015. He has been spending his time developing in the Futures League since being drafted and hasn't made an appearance in any games in the top league yet. In 2017 he played in 36 games with the Lions Futures team where he recorded a 0.309 average through 94 at-bats. 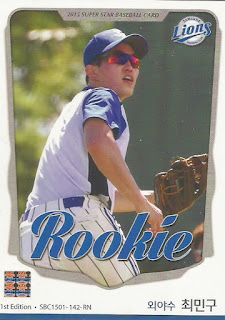 Choi Min-ku (SBC1501-142-RN) was drafted in 2015 by the Lions and he saw playing time in both the KBO league and Futures league during his 1st year. In 2016 he spent the entire year in the Futures league and in 2017 he didn't make an appearance in either league. 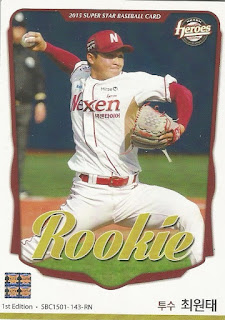 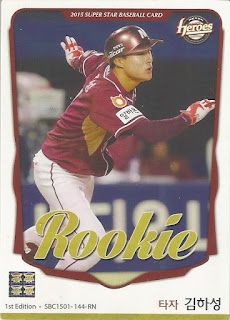 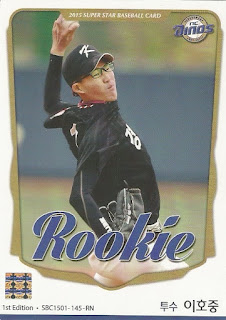 Lee Ho-joong (SBC1501-145-RN) was drafted by the NC Dinos in 2014 but he hasn't made any appearances in the Futures or the KBO league after being drafted due to a back injury just before 2015 spring training. He is currently completing his military service. 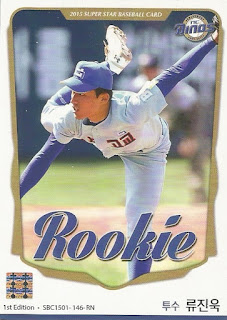 Ryu Jin-wook (SBC1501-146-RN) was drafted by NC in 2015 and he hasn't made any appearances with the Dinos in either league yet. He is currently completing his military service. 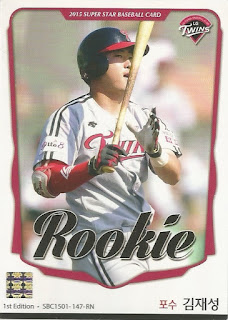 Kim Jae-sung (SBC1501-147-RN) was drafted by the LG Twins in 2015 and he played in 9 games with the top team that year. In 2016 he began his military service and has been playing with the Police team in the Futures league. 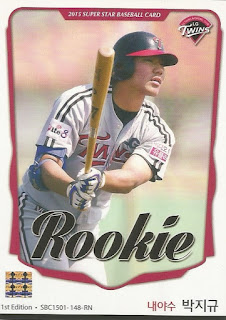 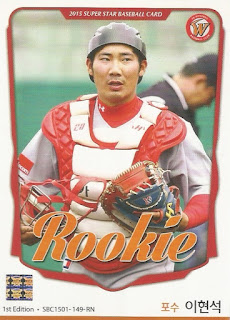 Lee Hyun-seok (SBC1501-149-RN)  made 14 appearances over 2 seasons (2015-16) with the SK Wyverns after being drafted. He spent the rest of his playing time with the Wyverns futures league team. In 2017 he joined the Police team in the Futures league to begin completing his military service. 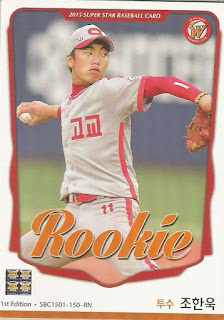 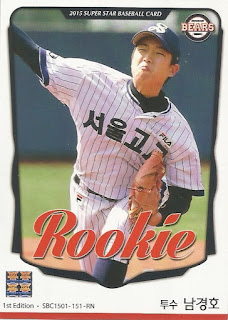 Nam Kyung-ho (SBC1501-151-RN) entered the KBO in 2015 after being drafted by the Doosan Bears. He appeared in 5 games and pitched 9 innings for the Bears in 2015, but hasn't made an appearance with the top team since then. He has remained as a developing player with the Futures league team. 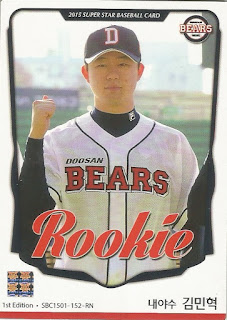 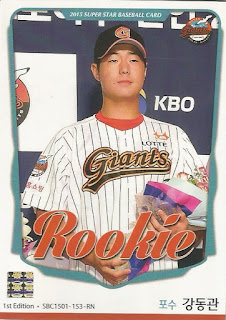 Kang Dong-kwan (SBC1501-153-RN) was drafted by the Lotte Giants in 2015 and made his 1st KBO appearance in 2016. He has made 3 appearances in the KBO league and the rest of the time he has been developing in the futures league with the Giants. 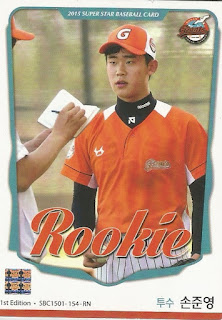 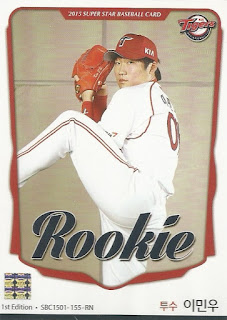 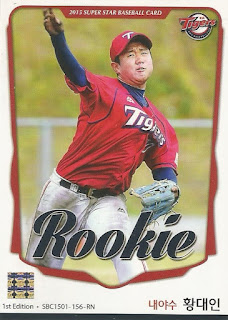 Hwang Dae-in (SBC1501-156-RN) was drafted in 2015 and made his 1st appearance in the KBO that same year. In the KBO he has appeared in 26 games with the Tigers while posting an average of 0.294 and 3 HR. In 2017 he joined the Sangmu (Army) team in the futures league to fulfill his military service. 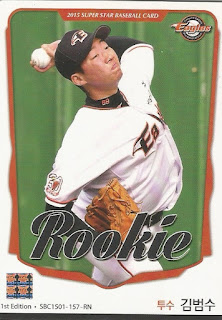 Kim Beom-su (SBC1501-157-RN) was drafted by the Hanhwa Eagles in 2015. He has spent time in the KBO each year since being drafted. He has appeared in a total of 35 games and has a career ERA of 8.42 with a 1-6 record. He is known to have some control issues and averages almost 1 walk per inning. 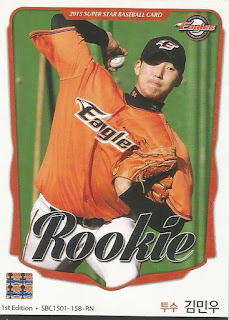 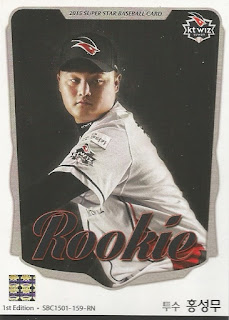 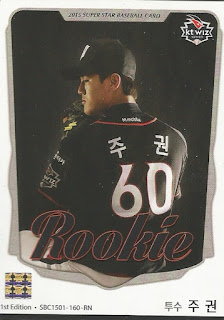