This Jokbal Edition is a special one and before anything else is said, this must be said. This is a big shout out to Michael Bowden of the Doosan Bears. He is an awesome guy, great pitcher, and somebody that has his heart in the right place. Thank you so much for helping us out with getting our first jersey, Bowden! 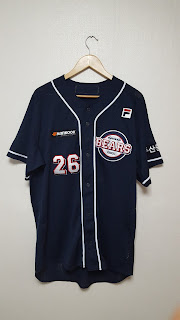 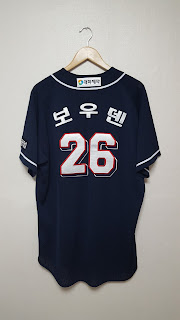 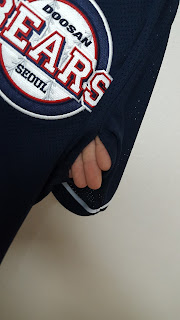 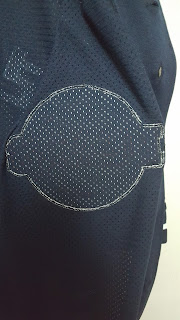 I have been working with a few friends to try to get game jerseys from players in order to use proceeds from auctions/sales to purchase baseball equipment for Korean kids in some of the more rural areas in South Korea. We are hoping to get a lot of KBO players (foreign and Korean) on board with this so that we, with their help, can bring the joy of baseball to kids that may not otherwise have a chance to ever play or have equipment.

Sometime in the near future I will work on a post in English and Korean that fully explains all of this for Korean players and fans.

Now to a bit about Bowden as a player. Michael got his start in professional baseball in 2005 with the Boston Red Sox. He made his MLB pitching debut on August 30, 2008 and came out with a win against the Chicago White Sox. After making his MLB debut in 2008, he spent his time bouncing between the MLB and Triple A ball with the Red Sox and the Chicago Cubs through 2013.

In 2014 he made a move to Japan to play with the Saitama Seibu Lions of the NPBL. During his time there he recorded a record of 2-1. In early August he made the journey back to the US and spent some time in the Baltimore Orioles and Minnesota Twins organizations in their Triple A systems. At the end of 2015, Bowden signed with the Doosan Bears of the KBO and made his way back to Asia.

In his first season with the Bears, he tallied a record of 18-7 with an ERA of 3.80. He finished the season ranked 6th in ERA, 2nd in wins, 8th in innings pitched, 3rd in complete games, 1st in shutouts, and 1st in strikeouts. On June 30, 2016, he recorded a complete game no-hitter against the NC Dinos. I was lucky enough to be in the stands that night and watch my first live complete game no-hitter. It was awesome!

At the end of 2016 he signed for a second season with the Doosan Bears and we are happy to have him back with Doosan and in the KBO. He is a great guy and a great pitcher.

Bowden has only made one limited appearance this year since he has been restricted since the start of the year with an injury, but he looks to be on form for another great year in the KBO. The best to you and your family. Keep doing what you do. While I didn't get a chance to hook you up with the jokbal platter at that game, one is coming to you in the future if you want it. Just let me know. ㅋㅋㅋ Cheers to you from the Jokbal Team, Mr. Michael Bowden!


Posted by kbocollections at 2:08 PM